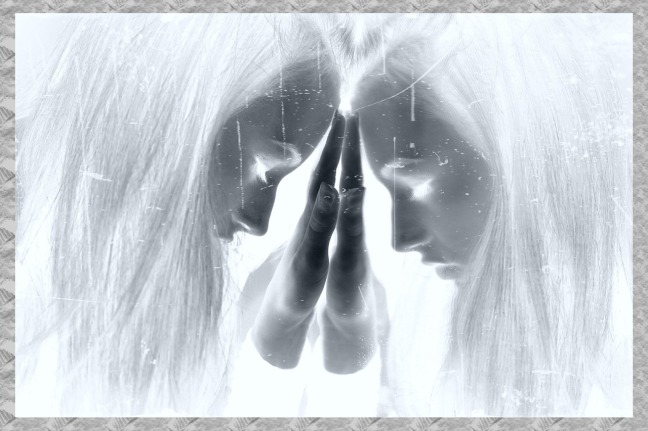 For part 1 of this occasional series of my musings on heroes & villains in storytelling, click here.

“We all live in suspense, from day to day, from hour to hour; in other words, we are the hero of our own story.”  Mary McCarthy, “Characters in Fiction,” Partisan Review (March/April 1961)

I have a confession to make. I’m not the hero of my story. Most days I’m certain I’m the villain. When it comes to my inner life, I identify more with the bad apples than the good guys.

This isn’t a “Well, villains are more interesting,” issue. Or a “history makes villains of the losers” thing. It’s simple self-knowledge. Before you leap in with psychological analysis, this also isn’t an impostor-syndrome problem, nor a confidence deficit, nor a gloomy think-the-worst-of-myself Slough of Despond. I do not think I’m a Bad Person.

But I do see myself in antagonists more readily than in protagonists. Inspirational memes often rub me the wrong way because they present implicit binaries in judgmental language, and if forced to a choice, I will invariably prefer the option labeled petty, selfish, materialistic or lazy. Or mean. Or rude. Soft-focus sunrises and baskets of fluffy kittens that entreat me to smile when I’m not happy, try harder when I’ve reached the end of my rope, stop being afraid because being afraid is my own fault…they all make me itch and growl.

They all affirm that given the situations most fictional characters face, I would make the un-heroic choice.

I know I’m not unique in that. There’s a reason anti-heroes are so popular. They teach us the world isn’t binary, that doing  bad things is a valid choice for some people in some situations–especially if there’s a redemptive act in the end; after which all may be forgiven, and the normal social consequences will not apply to their crimes. (that is a whole ‘nother barrel of worms, worthy of its own essay.)

Anyway. Back to the main topic. Left to my own devices I think and feel like a bad guy. I feel that it’s relevant to my storytelling, and I don’t mind that reality now. Now.

It was not a comfortable reflection to face when I was a child of nine who identified with Edmund in The Lion the Witch and the Wardrobe. The least-sibling who only wanted a little something for himself just once? That got me. Back then I was ashamed knowing I would’ve acted exactly like Edmund, not like brave and principled Lucy or Peter, nor even like proper Susan. And so of course I tried to be more like Lucy.  (I was always glad Edmund got a redemption story out of the deal, even if it was a blatant ploy to underscore the power of penance. Thank you, C. S. Lewis, you mysogynist old curmudgeon.)

Later and older, I discovered Anne McCaffrey’s Pern and was dismayed that I empathized with petty, vain, selfish, ambitious Kylara, not sweet, generous, self-sacrificing Brekke (the obvious candidate for heroine) Yes, of course I loved Brekke and I rejoiced in her victory in the battle for handsome, witty F’nor, but I understood Kylara. I’d thought her thoughts. I’d felt her feelings.  I couldn’t help but hate her eventual, inevitable fall. (Why didn’t she get a redemption arc?)

My angsty adolescent self concluded, based on those and many other models, that I needed to change. Being myself was to be the character everyone else hated. “Heroes good, villains bad” was a message I ate up like butterscotch pudding. I had to excise those parts of myself to be the heroine of my own life.

I grew out of butterscotch pudding. I never did set aside that desire to be a kind, giving, patient, courageous person. Honestly those aren’t bad ideals. It’s the ego distortion and self-mutilation required to achieve them that can be dangerous. The association of acceptance with self-denial isn’t a sustainable strategy. When desire for improvement becomes unhealthy accommodation, the results ruin lives.

Recognizing there was more than one facet to villainy than took me a long time. My first glimmer of understanding came from the only book series to ever make me reach for a dictionary: The Chronicles of Thomas Covenant.

I was determined to finish that series just to figure out WTF the author was trying to prove (people are horrible and cannot change, evidently) but I loathed Thomas from page one. It was clear he was meant to be the reader-identification character, and  I tried to identify with his cowardice, his selfishness, his prideful blindness. I tried  but he broke the thread when he never, ever tried to be better.

Recently I read someone else’s impressions on the Pern stories, (sorry, I canNOT find the link again) and that reader judged  Kylara even more sympathetically than I had. They saw the abuse background and recognized that the heroes’ expectations of Kylara — in light of that knowledge–could be considered a failure bordering on cruelty.

More and more when I think about antagonists, I recognize the element of intent. It doesn’t balance bad action or erase harm, but weakness and failure are not the narrative equivalent of malice. Both result in bad acts, but that’s where background, perspective, and interpretation come into play. Spin-doctoring is a new word for an old concept. Humans are fantastic rationalizers. Winners write the history and justify their actions with fitting intent.

Rationalization is one facet of the “villains are more interesting” trope. Another is complexity. Complexity is hard to write. Antagonists can chew the emotional scenery, deliver pithy put-downs, posture and rant, and that behavior will never have to be justified after the final conflict. Why was he a jerk? Because villain. Why was he a villain? Because jerk. Circular logic is circular.

More than one review of my novels has noted that my protagonists are almost as scary as the antagonists.  That didn’t surprise me.  See, in my mind they’re all villains like me. I recognize the potential for evil in every one of my characters.

It’s what they do with that potential–their struggles and their choices, their intent and their mistakes–that makes them heroes to me.

3 thoughts on “The Villain in the Mirror Pt 2”