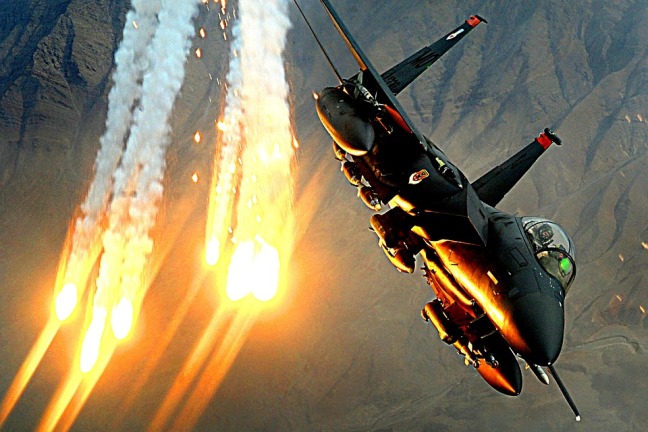 I spent some time this week tidying up old manuscripts (VERY old, like , 1990’s old.) I expected to be disappointed in them, but it turns out they’re actually damfine books.  Here’s a snippet of one in case your weekend needs a bit of sci-fi adventure. Say hello to Agent Neil McAlister and Dusty Collins from Walk A Thin Line.

The intruder aircraft could not be fooled by evasive maneuvers, cheater missiles or any trick Neil knew. In desperation, he nudged his own jet into a dive towards the sparkling blue ocean thousands of meters below. One breath from watery oblivion, he executed a series of commands that sent every tell-tale on his heads-up display shooting into the red. His ears filled with the scream of tortured metal as the plane’s fuselage protested the abrupt transition.

His opponent’s craft couldn’t pull out of its dive; the plane disappeared in a spray of pixels. The glitch resolved into a steamy fireball erupting from the water. Neil circled it once and turned his nose towards home. “Shit,” said a voice in his earphones. “The fish are laughing at me. That’s rubbing it in, don’t you think?”

Neil stripped off his helmet with a grin. At the end of the bed, Dusty removed her own helmet and glared at him. The unit on her lap was a little entertainment datapad, functionally and physically dwarfed by the computer on Neil’s swing-out desk.

“You cheated,” she said. “You knew this little thing couldn’t process those dive parameters.”

“Guilty,” Neil admitted with a smile. “I wanted you to show the mods I put in, and you had to ditch into the water to see them. After I saw your seabird mod during the dogfight, I had to add something too. So, fish mods.”

Dusty threw her headset onto the desk and glared at it. Then she brought up the source code for the sim and scrolled through it. “Mods,” she whispered.

“Do you want to try again? We can swap. Or …there’s time for a walk before supper.”

Dusty’s face relaxed into a blank mask, and Neil waited for nearly ten minutes hoping she’d come back on her own before he touched her arm. “Dusty?”

The look she gave him was molten emerald, boiling over with frustration. “I got time-lost, didn’t I?”

Neil nodded. The episodes were rare now, but according to Evelyn they should’ve stopped. She had warned him that Dusty’s brain might never release the last chemical dregs, might never stabilize. She’d told Dusty too, and Neil could see the fear in her eyes now.

She whispered, “I didn’t even recognize the birds. I look at my work, and I’m a stranger to it. I hate this, Neil. I feel like a ghost.”

In case anyone’s wondering:
The story takes place about 5 years before Controlled Descent and the events are referenced in that novel as The Summer Secession. (A drug kingpin and a crime boss decide to make Chicago an independent country and back their play with stolen orbital weaponry. The Restored US government can’t respond in force…but the programmer who stole control of the platform under duress can. And she wants revenge.)